Microgrids: The Key to Energy Security in the Appalachian Mountains?

The Appalachian mountains, to those familiar with the area, conjure images of beautiful landscapes, pristine springs, and green mountainsides. However, since the industrial revolution, Coal has long been the largest employer of the region, and it’s biggest income stream. As the US works towards cleaner supply chains, coal-fired power plants are approaching retirement. The coal industry is shrinking, now only employing about 2% of the Appalachian population and producing a dwindling revenue stream. The region needs an influx of new industries to substitute jobs and revenue long lost to a dying coal industry, and the national economy must plan ahead so that more workers and communities are not left behind.

The good news is the area’s industrial renaissance is garnering a lot of political support as the “Build Back Better” legislation makes its way through Congress, carrying several initiatives to fund energy infrastructure and support these communities. One critical challenge the Appalachian region grapples with is its harsh and uneven terrain, that makes it difficult to lay and manage utility lines resulting in frequent power interruptions for the community. Given this significant hurdle to the region’s energy stability, the much needed infrastructure funding carried within the bill could help spur the growth of these burgeoning, energy intensive industries.

Catastrophic climate events have been occurring with increased frequency in the last decade, adding to the problem. Winter storm Shirley, that devastated the state of Texas in February of 2021, also wreaked havoc on the mountain state of West Virginia. Several massive ice storms slammed the region consecutively only a few days apart, cutting off power to over 100,000 residents in the state. Crews struggled to clear the roads of debris, navigating treacherous mountainous terrain to try to reach utility poles and restore power supply. Even in less severe situations, the natural snowfall in the region weighs trees and utility lines down to breaking points, threatening the electrical infrastructure.

These climate events of the last few years have amplified the need for reliable power sources independent of the central grid. The area’s economic growth relies heavily on building out independent, clean, more reliable energy infrastructure now, so that energy supply is not the limiting factor in the region’s growth.

Microgrids are one among several feasible solutions to the challenge. A microgrid is an interconnected energy system that combines multiple localized energy generation sources to efficiently power a facility. Microgrids typically include energy generation sources, energy storage systems, and demand response tools, and can operate independent of the grid. Microgrids can therefore reduce the Appalachian community’s reliance on a centralized energy grid requiring miles of distribution lines to get power to remote locations.

In the last decade, climate change has dramatically redefined industry in Appalachia. The predicted growth in the region’s economy, combined with the worsening effects of climate change, highlights the need for clean, cheap energy that is resilient to extreme natural events and challenging terrain. The region needs to begin building out the right infrastructure to support clean renewable energy in order to prevent its energy needs from becoming a barrier to economic growth. During the industrial age, the coal industry stripped the community of a large portion of its natural resources. Moving forward, the priority must pivot to rebuilding the region’s economy in line with Appalachian community values. As the new wave of economic growth takes shape, it is critical that the next set of industries that take hold in the region preserve and protect the essence of this invaluable natural ecosystem. 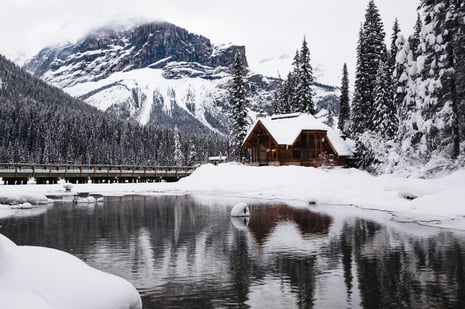