BBB's Climate Package Needs to Pass, And Here's Why.

There’s a lot of chatter around the drama-filled events of late 2021-early 2022 involving the senate and the Build Back Better (BBB) Act. President Biden’s primary and currently stalled legislative agenda includes a $555 Billion investment into American-made clean energy technology and infrastructure development, and provides substantial incentives and tax credits for Americans to participate in the energy transition. The act is acknowledged as the single largest effort to combat climate change in the history of the US, and now there’s a chance it might not pass into legislation.

The bill hit a wall in January 2022, with Democratic Senator Joe Manchin announcing his opposition after it was passed by the House. It is essential that at minimum the climate portion of the BBB Act is passed before the midterms as it could very well be the last opportunity to pass meaningful climate legislation.

The BBB Act offers significant benefits for both our national economy and the planet. With $300 billion in tax credits, the bill will essentially grow domestic supply chains for clean energy, strengthening our grid and bolstering our energy reserves. A key component of this new tax legislation is the enablement of direct pay, where renewable asset owners can be paid out their incentive instead of having to work through the supply-constrained tax equity market to receive diluted compensation. For perspective, over two-thirds of wind projects and half of the large-scale solar projects set to begin construction this year still require tax equity financing.

This bill also reduces reliance on other superpowers for America’s energy, putting us back in control of our country’s economic development. This fundamental infrastructure shift implies the creation of hundreds of thousands of US jobs. And if that’s not enough, this act incentivizes the largest, most polluting cities in the country to transition their public transport systems to cleaner fleets powered by sustainable, resilient, American-made clean energy.

Environmental justice is another critical but largely overlooked part of the conversation. Some of the more nuanced aspects of the bill seem to have flown under the radar - for instance, the monumental, 300k strong civilian climate corps the bill proposes to create. The bill created this group as a task force to preserve the essence of our shared lands and address the impact of climate change on the communities they serve as well as the natural habitats they protect.

As emissions continue to grow at record rates, annual losses in some sectors of the economy are worsening the federal deficit at an alarming rate. Every small delay translates into more carbon in the atmosphere, and more federal spending to reverse its effects. A recent NOAA report states that climate-change related natural disasters were responsible for more than 538 US deaths and cost the country upwards of $100 billion in just the first 9 months of last year. 2021 represents the 7th consecutive year that weather disaster related expenses have exceeded 10 billion dollars in the US.

The physical impact of climate change is becoming harder to ignore. Unless we transition to clean energy and actively push to not just stop but to reverse the effects of climate change, the trend will continue to get worse. Reversing climate change will be a decades-long fight and we’re running out of time. We need to take action, and if it passes the senate, the BBB climate package will represent the first step in a long road to recovery.

Experts believe the climate piece of the BBB has serious legs, and that it might garner support if some of the other provisions of the bill are dropped. Taking climate action is an immediate need that goes beyond political disagreements, it’s clear that if there is a passable climate package it must be moved immediately to stimulate and protect US communities and the economy. 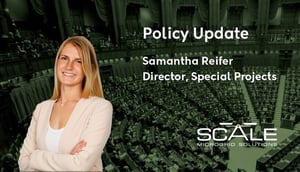